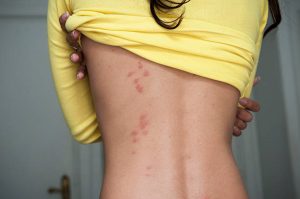 Minister Fahrettin Koca, in his statement in February, announced that the application, which will allow the health board reports of bed- and device-dependent patients to be prepared at their homes, will be launched as a pilot in Bilecik, Sinop and Tunceli.

In this context, the first remote health board reports began to be issued for patients who could not leave their homes.

The first example of the application was the report given to Şerife Golu, a bedridden patient living in Yeniçağa district of Bolu.

A remote video call was made between Shadow, who could not leave his home, and the health board in the province, with the support of the health workers who went home. In this meeting, the committee evaluated the patient and prepared a Statement Form.

With the application, the patient Şerife Golu and her relatives were able to get the health board report service without having to leave the house.

Shadow’s relatives also expressed their satisfaction with the online service they received, and the fact that both the patient and themselves were able to solve the report procedures without getting tired and without any trouble.

On the other hand, in Düzce, a medical board report was processed for a bed-bound patient who could not leave his home by means of remote interviews.

FOR WHOM CAN A HOME HEALTH BOARD REPORT BE GIVEN?

It is aimed to facilitate the procedures of bedridden patients who have been diagnosed and followed up without having to leave their home, with the application, which continues as a pilot in three provinces and is planned to be expanded throughout Turkey in a short time.

Within the scope of the application, which covers patients who are dependent on bed/device and cannot leave their home, a disability health board report is issued for adults, and a health board and single physician reports are prepared for the patients’ needs for food, diapers, medicine and medical devices.